(For pictures taken on the trip, check out the Autumn section of my website here)

Trying to pack ‘light’ for photography has always been a difficulty for me, so on my trip to Scotland last Autumn I was adamant that I didn’t want to be without any piece of kit, hoping I could pull out all the stops for trying to get the best content possible.

The result of this? We decided to rent a motorhome which could be filled to the brim with equipment and gear.

Having never ‘motorhomed’ before, it was a great experience to have to flexibility of going and sleeping (nearly) everywhere, and I was very fortunate to have my parents to navigate and drive us on the meandering roads through the torrential weather:

We didn’t struggle to fill up the days with plans, varying from woodland Crested Tit photography to drone-ing secluded Loch shores. 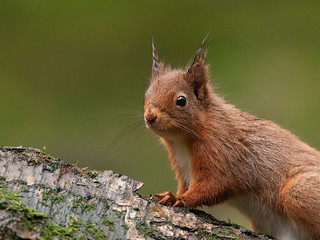 Considering the bad weather over Winter, I headed over to West Yorkshire to photograph Red Squirrels in a specialised hide I’d seen on the internet.

On the day, the weather wasn’t ideal; it was drizzly and dark in the woodland where we were photographing. I was worried about not seeing any squirrels, but was re-assured when our guide, Simon, told us there’d never been a session where there hadn’t been any squirrels. 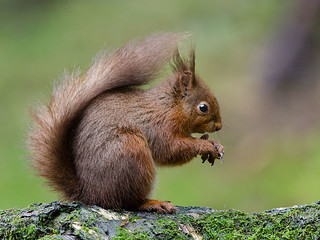 We were fortunate to be staying in a (dog friendly) hotel nearby, and after a lovely but somewhat rushed breakfast we headed to the meeting point in a local car park to rendezvous with the rest of the group.  After a short drive we arrived at a secluded woodland deep in Widdale Dale.

The path down through the woods was wet and muddy, but the view of Widdale was stunning despite the bad weather. On arrival the two of us in the woodland hide set up our equipment while Simon escorted the other couple to the reflection pool. 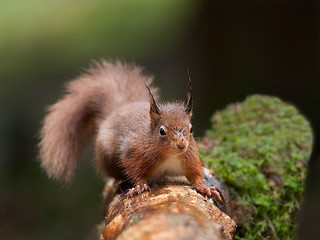 It wasn’t just squirrels which we saw at the hide. We witnessed a sparrowhawk chasing a woodpecker about throughout the morning, but it was only the woodpecker who stuck around long enough for a photo opportunity. 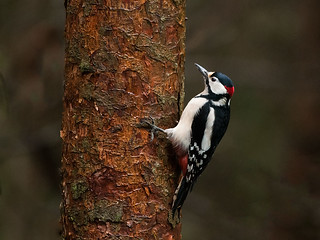 We stayed in the hide for about 5 hours, but due to the combination of low-light and quick movements of the squirrels many of the shots were blurry or not sharp enough. Nevertheless, I enjoyed the experience and came away with some photos I’m happy with. 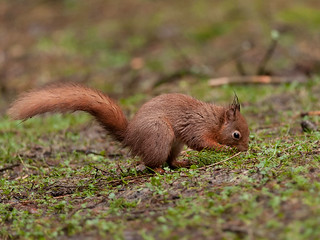 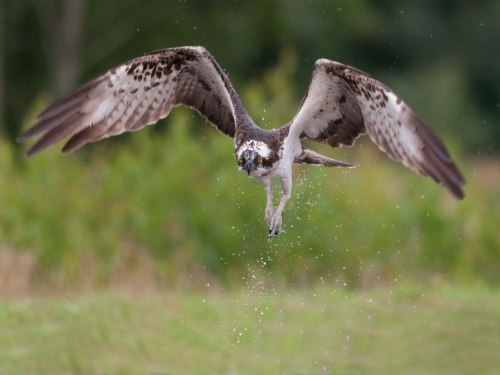 I’ve always wanted to photograph ospreys in Scotland, so on our recent trip up to my Uncle’s new caravan in Rosneath on the Gareloch we decided to carry on up to Aviemore.

After the 3 hour drive we arrived and pulled into the campsite. Luckily we’d pre-booked and we pitched our tent speedily in the pouring rain and prepared our beds.

We rose at 3:30 AM the next morning and tiptoed out of the campsite in the dark. We stopped for a coffee at a 24/7 garage and then headed 10 minutes down the road to the fishery.

We arrived first, and gradually the 7 other photographers pulled in. Due to the change in pond size over the last couple of years two photographers had to dash back to change their 600mm’s for 300’s! Our guide and osprey spotter was Neil McIntyre, a well-respected Scottish photographer. He led us to the surprising small pond teeming with large fish:

There were three hides sunk into the ground around the pond. These enabled photographers to get at the eye level with the bird when it was in the water:

Neil disappeared to his osprey spotting location and each hide was left with a radio. As I sat down at my chair, got my camera out and set everything up feelings of anticipation and nervousness reminiscent of a school exam swept over me.

By the time we were all set up and settled in it was about 5:30. A heron appeared but I couldn’t get anything pin sharp because of the low-light. I think we each secretly hoped the ospreys would hold off fishing until the light improved!

After three false swoops the first osprey dived at around 6:20, I wanted to be certain I could freeze the action so I’d ramped up my ISO to 3200-I usually don’t go past 2000 with the D300 due to the noise.

It was after this first dive I realised the usefulness of the radio. Neil would radio 3 times before a dive. First to say the osprey was around the area. Then he would warn us that it was looking over the pond. (at this point I would loosen my tripod head and hold the camera ready. ) then thirdly he would alert us to the dive and sometimes the area of the pond. Panning with the bird before the dive would have been tricky and spooked to the bird, therefore we were advised not to do so.

30 minutes later the main string of dives began. There were over 5 dives in a period of 20 minutes, and at this point the light was good enough to lower my ISO down to 1600 and still get a shutter speed of over 1/1000’s: 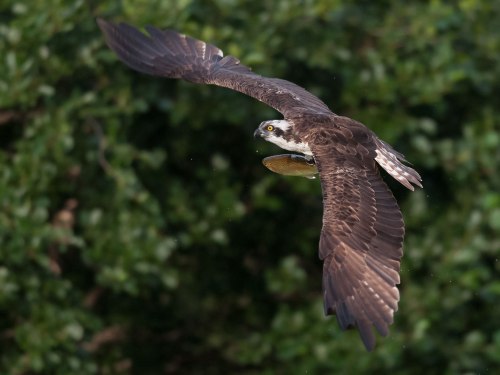 In post-processing I tried using different techniques and colour temperatures to get a variety of photos:

After this string of dives it went quiet for an hour or so. Neil told us that all the regular birds had visited and caught fish. We all presumed that was it and with an hour to go one photographer even radioed saying he was finished and wanted to go back his hotel! A couple of minutes after he left the final osprey flew over and caught a fish in the sunshine. By that point I had ISO 800 and a shutter speed of 1/4000 so I was especially pleased with this final shot of the osprey as it plucks the fish from the water:

To see more of my Opsrey photos from this trip click here to go to my Flickr Set.